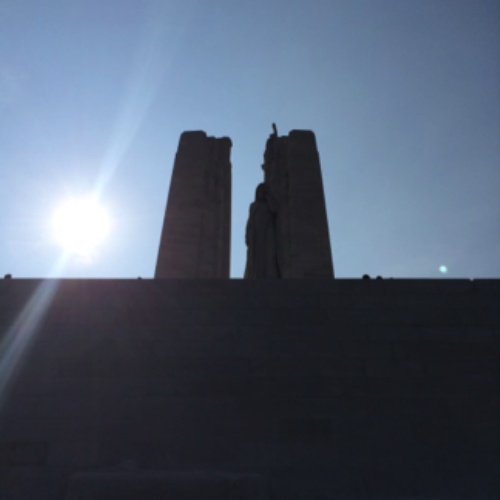 The visit to Belgium and France to experience WWI trenches and visit the cemeteries of the fallen has now become its own institution at RNS. 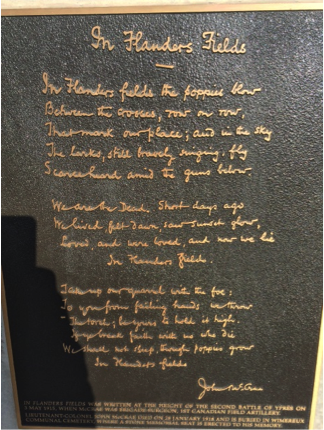 The visit to Belgium and France to experience WWI trenches and visit the cemeteries of the fallen has now become its own institution at RNS.

It has become particularly poignant during the 100 year anniversary of World War One. Mr Clapp and the History department took Year 8 to Ypres in March as part of their WW1 curriculum.

Students learned much and showed reverence as they were party to many moving experiences that included a packed and silent Menin Gate for the Last Post.

The museum at Paschandale included genuine artefacts and weaponry from the war and students explored a reconstructed trench. Mr Crockett was on hand with his military knowledge and brought to life many of the experiences that were exhibited. This prepared us all for a visit two days later to Vimy Ridge where, before visiting a spectacular and humbling war memorial, students went down into a real trench network that had been preserved. One student, Alex Davies said that Vimy Ridge will always stay in his memory because of the huge craters that still dominate the landscape.

The party visited a number of British and German cemeteries and understood the gravity of headstones that included many unknown soldiers as well as those marked with ages starting from 15. Year 8s decided it was appropriate to read aloud the poe In Flanders Field on the very spot where the poet John McRae fell in Ypres.

For the first time, RNS students visited Talbot House to see how allied soldiers enjoyed a little respite when injured. They visited an altar built by the students and enjoyed the nice touch of how men from 100 years ago made the altar from a carpenter’s bench.

Those lucky enough to attend the trip will never forget what they saw and learned and will be able to tell future generations that significant timing of their visit.