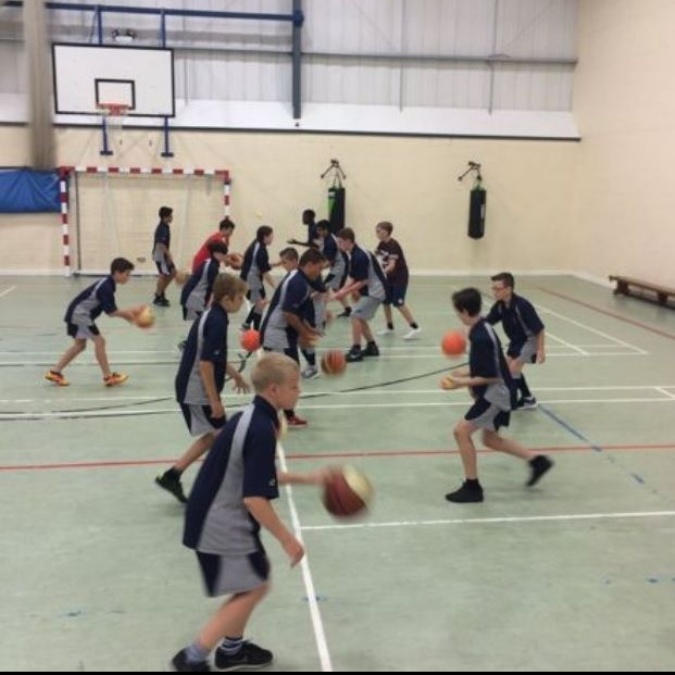 Climar Forrester has been selected for Kent's U13 basketball squad, after weeks of trials.

By David Barnett and Lindsey Alimodian

An extremely talented Year 7 student has beat the competition, becoming the first ever Robert Napier student to play basketball at a county level.

Kestrel's Climar Forrester was selected after a series of intensive trials around Kent. The final one took place at Knole Academy, Sevenoaks on Saturday 13 May.

The Robert Napier PE department expressed their amazement at how quickly and efficiently Climar took to basketball. Mr Adkins said: “He started training with us in September and since then we have been working on the basic fundamental skills. He has been part of a successful year 7 team, winning at district level."

“We are very proud of Climar; we hope that his achievements will be able to inspire other students, in sports or academically, to reach their potential.”

Climar's selection is the latest in a series of successes for the Robert Napier Basketball Academy. Students in the Academy are some of the highest achieving students in the school, with near perfect attendance.

On behalf of everyone in the Robert Napier community, we congratulate Climar on his success and wish him the best of luck in his Kent adventure!