Vehicle Maintenance Students Build Mechanism To Turn A Kettle On... From Other Side Of The Room 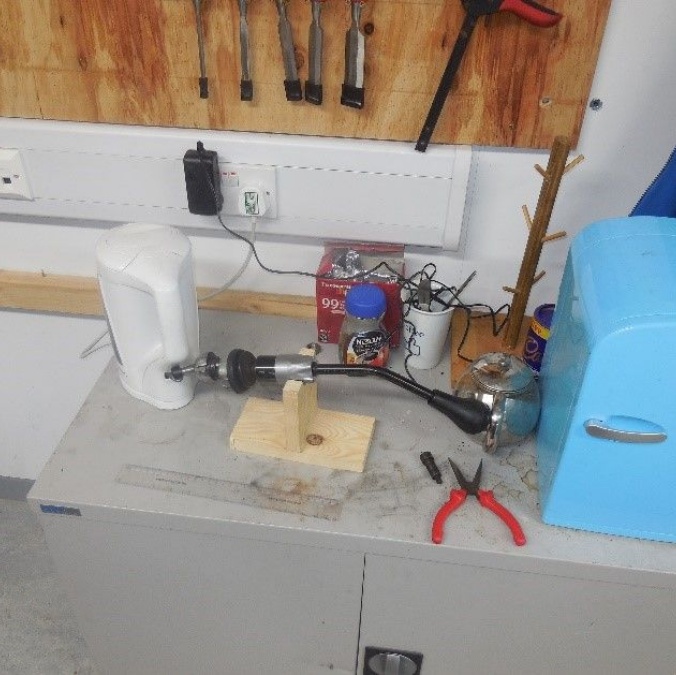 Have you ever craved a cup of tea or coffee, but lacked the motivation to get up and switch the kettle on? Mr Stride and a group of Vehicle Maintenance students have been designing and building a mechanism to allow him to make that important drink, without ever getting out of his seat.

Inspired by a Honda advert called 'The Cog' back in 2003, the mechanism allows Mr Stride to pull a string while sitting at his desk, setting off a series of events that will culminate in his k...ettle switching on, over on the other side of the room.

They were told they could use anything from a Cherokee Jeep that the group use as a training vehicle, as well as scraps of wood and plastic in and around the classroom. It took several weeks but the project has now been completed.

Test runs will take place early next term, and with guests from across the school coming to view it in action, we are hoping to film the final process - for you to see for yourselves!