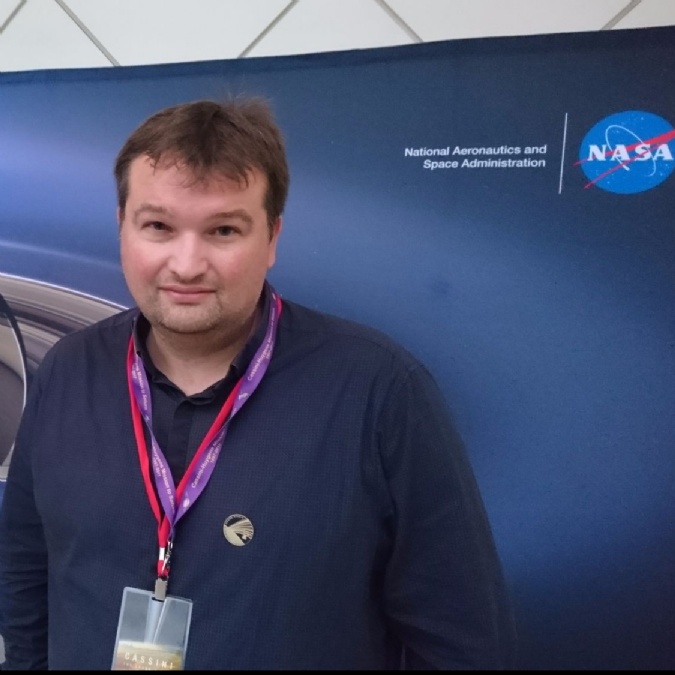 Dr Williams was a part of the team behind the recent Cassini-Huygens mission.

A Robert Napier teacher has spoken of his immense pride in being a part of the team behind the recent Cassini-Huygens space mission.

Dr Gareth Williams, 39, who teaches Maths at The Robert Napier School on Third Avenue, has been at the school since September 2015. Prior to joining, Dr Williams was involved with the Cassini project since 2009 as a member of the imaging team, which he has continued whilst working at the school.

Dr Williams said: “It is a real privilege to know that some of your work has advanced science in some small way.”

The Cassini mission was described by NASA as being “one of the most ambitious missions ever launched into space”. It launched in 1997 and reached the Saturn system in 2004, spending 13 years exploring the planet and its moons. The data and images led to numerous discoveries that changed how scientists think about our solar system.

Dr Williams said: “I received my PHD in Astronomy in 2009 and I was working on Cassini data for that PHD, as a programmer for the imaging team. We had time on the spacecraft where I had to tell it what to do, using a string of commands.”

Dr Williams’ job involved capturing images of the different moons orbiting Saturn, so they could be analysed. He was invited to Caltech (California Institute of Technology) from September 13-17 to enjoy and celebrate the culmination of the project, where the spacecraft completed a “death dive” into Saturn’s surface.

“Essentially it was a big celebration for the end of Cassini. In the early hours of Friday (September 15) morning Pacific time, we knew it was going to happen.”

“Many scientists and people who worked on the project in the past came along for this big event and in the auditoriums, and on the lawns, there were big screens put up where you could watch what was going on at mission control at the Jet Propulsion Laboratory.”

Dr Williams became involved with the project thanks to his connection with Queen Mary University of London. It was through his studies that he got the opportunity to work on Cassini. He was also the co-discoverer of one of Saturn’s moons, which was unofficially named ‘Peggy’ – in honour of his boss’ mother-in-law.

“There was some kind of small interesting thing at the edge of Saturn’s A Ring and my boss spotted it. It was on the day of his mother-in-law’s birthday, so Peggy is its unofficial name.”

Dr Williams is also keen to inspire a new generation of budding astronomers and scientists. Alongside his work at The Robert Napier School, he is hoping to start a local astronomy club.

He said: “If you’re interested, join up with a local club, get your head down and work hard. Get your GCSEs, A-Levels, then go to university. You could do a physics or astronomy degree and then when you’re at university, there could be links with projects going on.”

Headteacher Andrew Minchin said: "Dr Williams has been involved in things that most of us can only dream of. It is a truly inspirational story which helps bring alive to our students what Maths and Science can achieve.”