Robert Napier are the Premier in Hospitality 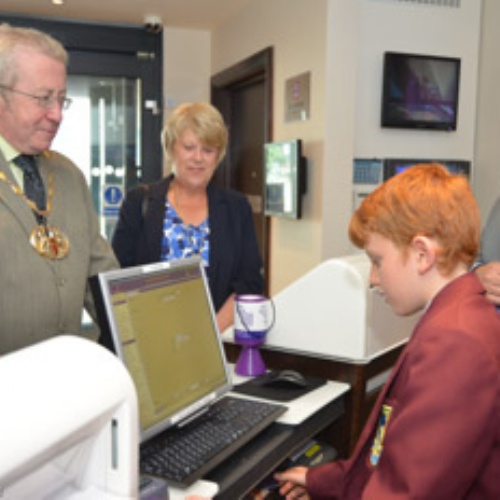 The 699th Premier Inn was officially opened this term by ten students from Robert Napier. Read the words of Jordan Tomsett (Year 7) below to discover how the students were given this opportunity.

On Monday 29th June we went to the opening of Premier Inn, Victory Pier, Gillingham. The group of us had won a competition, making tanks or restaurants out of recyclable materials, to help the Mayor open the 699th Premier Inn.

We were treated like royalty. When we got there a drinks table was set up ready for us. We met the mayor and his wife and they were incredibly nice.

Then Nastassja and I got to pretend we were checking people in on the computer. Some of the others went to a room and had clip boards with check lists, to check they had been cleaned properly (some dust was found!)

Then we went to the kitchen where we were able to make our own pizza. I put chicken and other meats on mine and it was delicious. Some of the others did some blind tasting of food.

The best thing for me was dong the bed flop and also holding the ribbon that the mayor cut, to officially open the Premier Inn

It was a memorable event and we were so pleased to be part of it.