By the time Sports Day 2015 had finished, the ribbons on the trophy were red as Eagle House enjoyed their first taste of victory as overall winners.

The electric atmosphere on the field was heightened by the fact that all four houses were beak and beak going into the afternoon track events – in fact, Eagle house were in last position as Osprey led the way after a sunny morning of field events and middle distance races. The PE department can be proud of another successful event as Mr Walsh and his team created a buzz that went beyond competitors and into the whole RNS Community – including a large presence of family spectators. We were also visited by Brennan Dickinson of Gillingham FC who handed over rosettes and posed with photographs with the RNS athletes from Years 7-9. 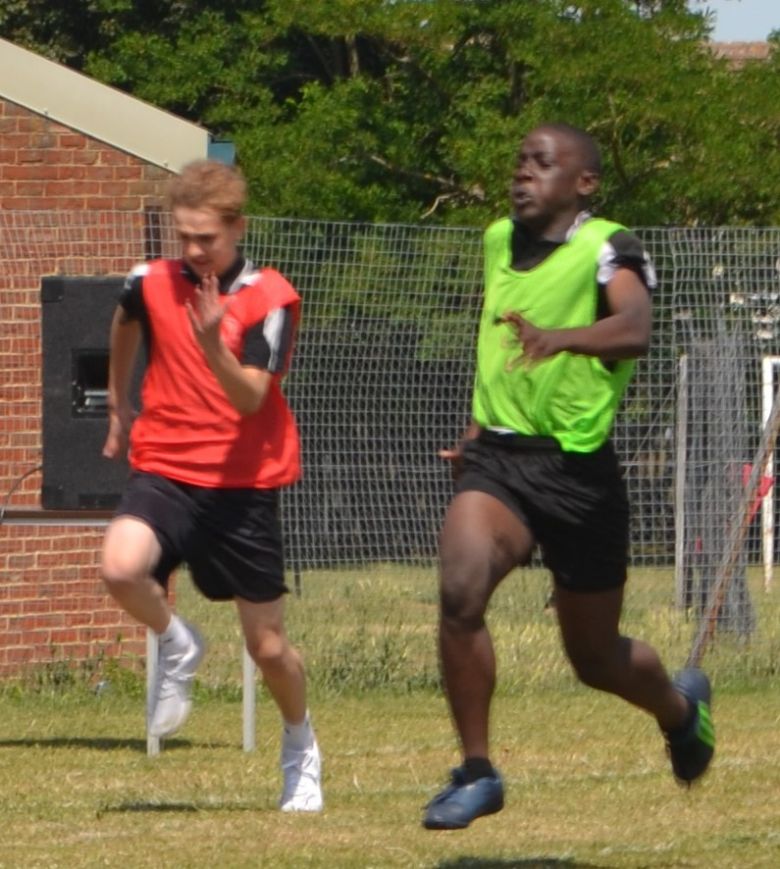 Notable achievements from the morning included two record breakers. Reegan Archer (Year 9) of Osprey broke a 33 year record as he completed the 1500 metres in 4 minutes and 45 seconds. Reegan was also close to beating the 400 metre record as he came home in first. Year 8 Kestrel Demi Smith also threw a new record in the discus as well as competing in the sprint events. The spirit of the day was encapsulated by Kestrel’s Samantha O’Rourke (Year 9) who donned her PE kit to cover absences and run in events that she had not expected to do.

The house pens offered huge support to their teams as well as making encouraging noise for all competitors, helping to drive every student over the line. Staff such as Mrs Dunnett and Miss Barton were instrumental in raising chants and cries of support throughout. Vicky Stringer of the Junior Leadership Team even entered the track to encourage a fallen Eagle to make it to the end. This was typical of the JLT and Sixth Form on the day who helped to organise events for the day and made sure everyone was refreshed with water and ice lollies on a hot day. 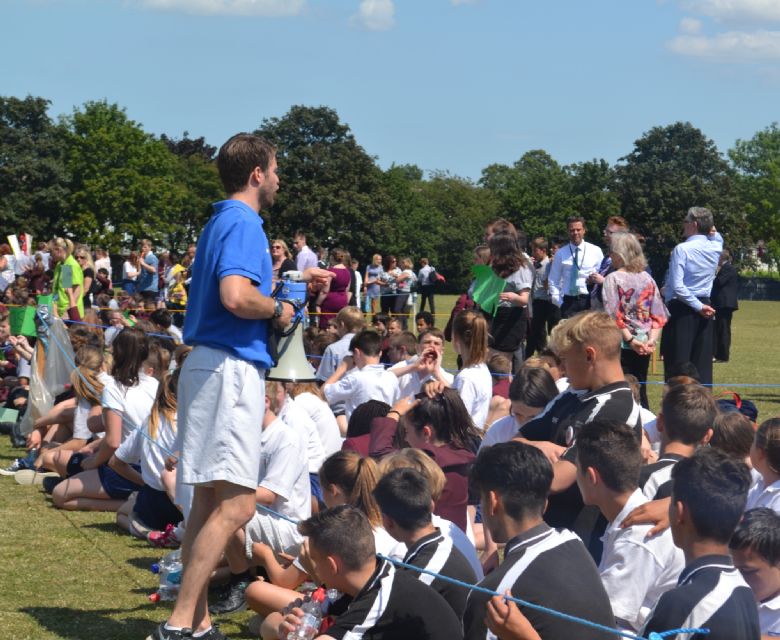 The cheering crowds were treated to some really close encounters and the sprint battles between Yusuf Senankya, Alex Makey and Alex Sesay will live long in the memory. There were also some strong finishes on the final straight from Charlotte Bessant and Aaliyah Dwyer. It is impossible to mention every success in this report but Mr Walsh will soon release a full list of results on this page – complete with more images taken by our official Sports Day photographer Busra Aydin (Year 12).

As the showpiece races of the 4x100 metre relay were about to begin – there was still no clear winner. It was here that Eagle flew into the lead. Crucial handovers were made and the runners on the final leg were galvanised by their house pens as the noise went up a notch for the final deciders. Then Miss Smith sounded the starting pistol. 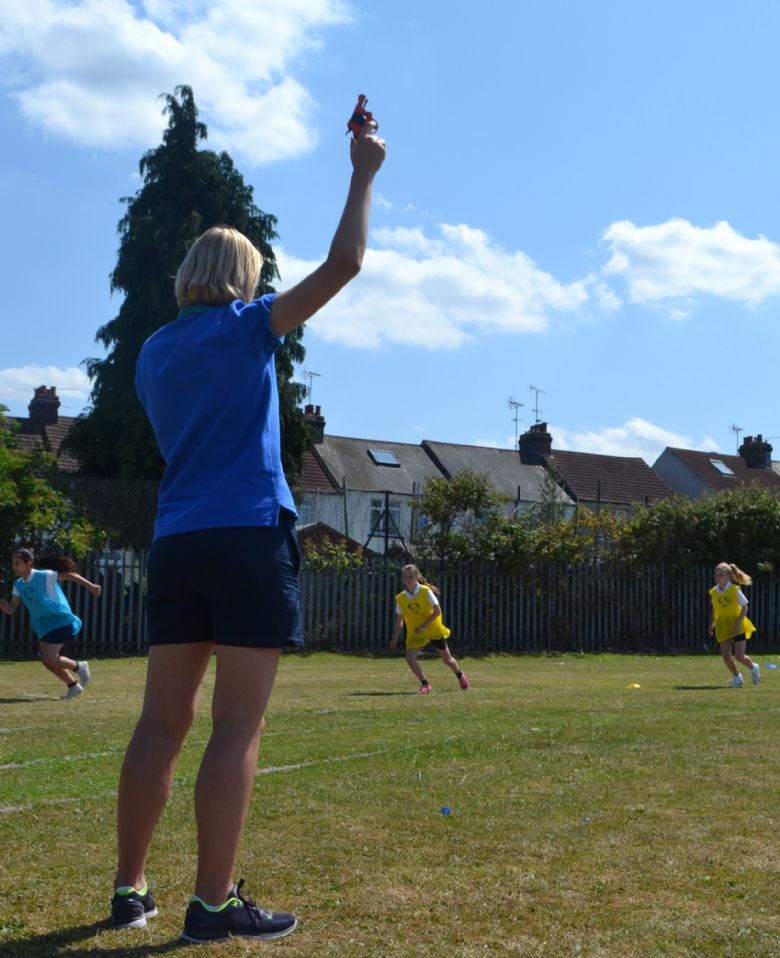 After a dramatic calculation of data by Mr Croft, Eagle were announced as 2015 winners and Mr Minchin handed over the trophy, sparking wild celebrations in the Eagle pen. Every house respected the other and it really was a Sports Day that the whole school could celebrate.

Watch this space for more detailed results. In the meantime, the final standings for 2015 were as follows: